DISCOVER ECOSYSTEM SECRETS IN YOUR CLASSROOM

A forest in the middle of the classroom? Why not? See how first and second graders created the forest ecosystem.
Day in, day out. many of us are so fortunate: we simply switch on the tap and out it comes – WATER.
It is so essential to life on the planet.
Even 1st and 2nd graders know not only that we humans need water but that plants and animals do too. 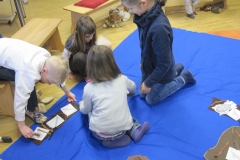 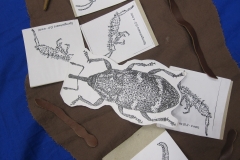 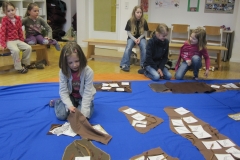 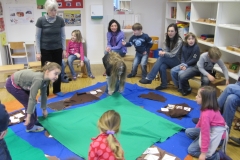 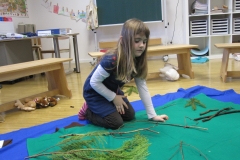 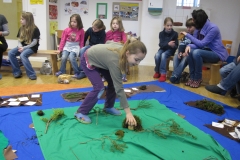 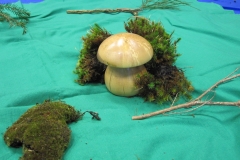 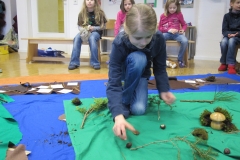 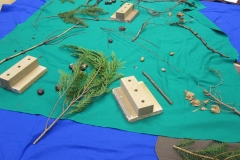 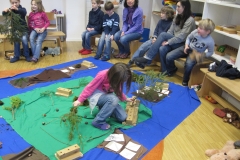 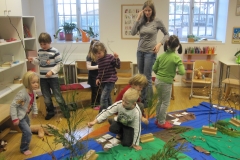 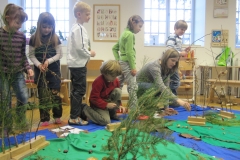 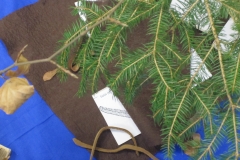 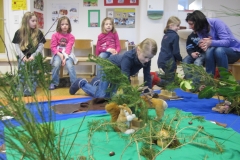 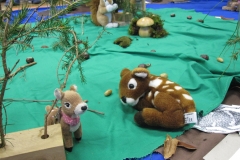 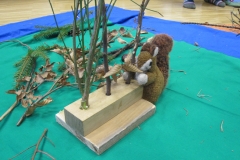 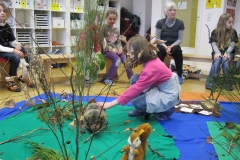 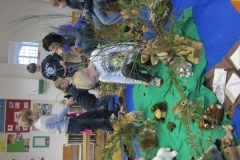 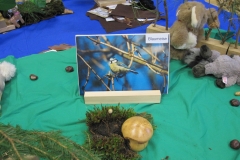 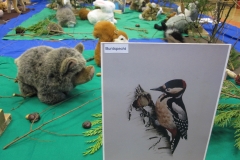 Habitat Games© comply with, and if necessary, can be adapted to the curriculum of a particular school type. In Germany it is customary for children to attend school between 8.00 and 13.00 o’clock. The morning is divided into six periods. Teachers usually book two periods, 90 minutes, for a Habitat Game©. This includes the game itself as well as taking it down and putting the parts back into boxes used for transporting the game.

Forest Ecosystems in Germany at a Glance

With forests covering one third of Germany (29%) it is fairly easy for children, especially in the southern part of the country, to play outdoors – in the forest – in their free time. Children living in the north though, on or near the coasts of North Sea to the west or the Baltic Sea to the east, grow up with the element water at their doorstep so to speak. Coasts naturally are home to completely different ecosystems than those forests have to offer.
The Alps form Germany’s southern border to Austria, Italy and Switzerland. Snowy mountain tops in winter give way to mountain forests at lower elevations. Southeast Germany is associated with the Bavarian Alps. We’ll find Chamois and Alpine Ibex high up on steep cliffs. Alpine Marmots, underground dwellers, share their burrows with Mountain Hares which in turn are the favorite prey of the Golden Eagle. Further down Red Deer graze and find shelter in mountain forests.

Not only adults but children as well will easily come face-to-face with real wilderness on a visit to two national parks that cross the borders between Germany and the Czech Republic. The Bavarian Forest National Park, founded in 1970, is Germany’ oldest national park. Twenty years passed until the founding of the Šumava National Park in 1991. Together the parks cover an area of 1,039,558 and comprise the largest expanse of forest in Central Europe. Non-intervention is the main management principle in both parks
and is known as ‘Following Nature’s Design”. In 1990 the area was declared a UNESCO Biosphere Reserve.

It we organized a visit to the southwest corner of Germany we would find ourselves in the “Black Forest”. This particular forest calls two things to mind: its beauty and.of course, its cuckoo clocks. Tree density is high, the canopy so thick that little light reaches the forest floor. It is no wonder it is called the ‘black’ forest. It is one of Germany’s best known regions. 2.02 million visitors from abroad visited the Black Forest. in 2013. One year later, In 2014, it was declared a National Park, of which Germany now has 15.

What a mistake to want to find the wilderness and roughness Bill Bryson describes in A Walk in the Woods along the Appalachian Trail. What precious little is left in Germany’s forests is limited to core areas in national parks. This is where Nature is left to manage itself. In winter and especially in the breeding season of the Capercaillie, a member of the grouse family, access is strictly prohibited. Otherwise, a well-maintained and marked footpath system takes wanderers along the trails through through forests in Germany.
Idea and Concept: Ann Groesch