“Invitation from the Kindergarten ARCHE to Create a Forest Indoors”

The Kindergarten ARCHE or Noah’s Ark as we call it in English is located in the City of Fuerth in southern Germany, widely known as Bavaria. Mid-July 2014 had finally arrived. The kindergarten was expecting visitors. “Welcome to our kindergarten!” a group of five-year -olds called when Ms. Groesch and Mrs. Keitz knocked on the door. On this very morning the children were going to play one of several indoor habitat games based on ecosystems that Ms. Groesch had invented. Usually when we want to visit a habitat we go outdoors. But “habitat games”© are played indoors. Does that seem strange?

In a “habitat game©” players do what the name says. They choose a habitat and recreate it. This morning the “Habitat Game – Ecosystem Forest”© was on the agenda. Just imagine – Ms. Groesch and Mrs. Keitz had all of the pieces it takes to build a forest in a two cardboard boxes and a suitcase along with real branches from deciduous trees!

Birgit Oechsle, their teacher, had asked the five-year-olds to bring along toy animals that, if real, would live in a typical forest in southern Germany. The odd monkey and a dog did come to kindergarten that morning with their owners. Mind you though, the toy animals were not sent away but asked to stay and be visitors as well. They were requested to sit and watch the game from a safe distance. 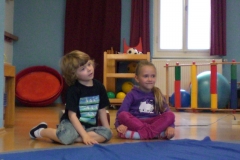 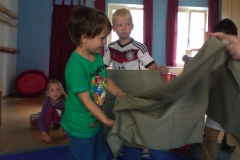 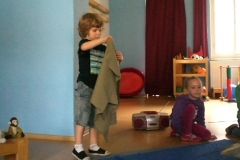 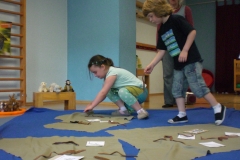 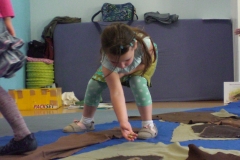 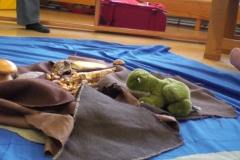 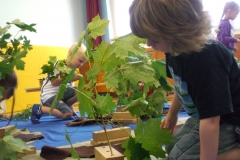 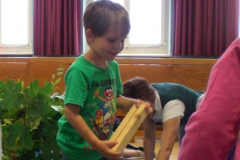 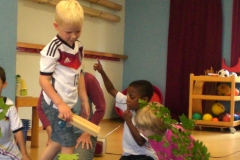 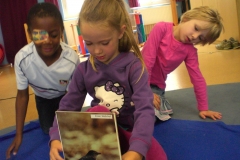 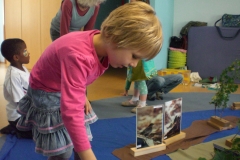 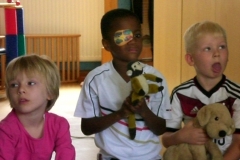 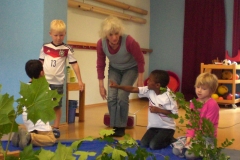 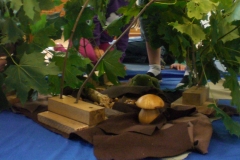 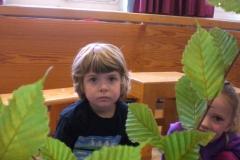 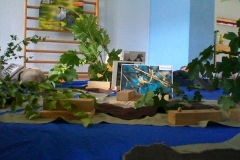 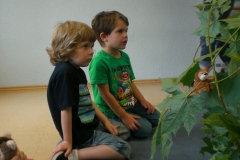 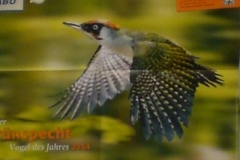